Since 2006, Drake's Field and the Diamond Corps team have sponsored a competition event called, 'DEVILS RUN'. In the spirit of Mil-Sim Airsoft and the promotion of individual as well as team oriented challenges; this event is similar to both our Pistol Competition and our Sniper/DM Competitions many operators have come to enjoy each year. 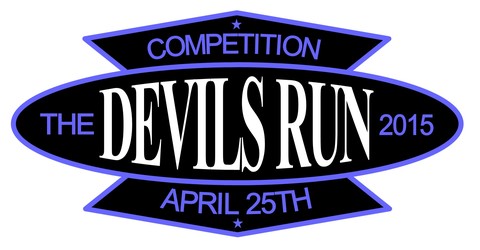 The DEVILS RUN will challenge each team of THREE operators to move quickly down a marked path while engaging targets. Each team's time is recorded from their starting position to the 'finish line'. Speed is important, but not exclusive to the final time recorded. A marshal runs with each team to record their progress and record their time.

All along the path at varying ranges are targets each with brightly painted 4" square opening which must be eliminated by firing at them. The targets vary in shape and number from year to year to keep operators responsive. For each target the team fails to eliminate they receive 5 seconds added to their time as a penalty. The team with the lowest time will win the competition.

Over the years I have seen a couple of different approaches used by competing competitors. I include them here so that your team might be better prepared to compete in this year’s event.

In both systems each operator calls out targets to their team as soon as the targets are identified.

In the first method all operators of the team conduct fire at every target as soon as it is identified, and continue to fire until the target is eliminated. The team then moves to the next target. This style ensures that short ranged operators on your team are not delayed by having to ‘range in’ on distant targets. However, it does spend the team’s ammunition more quickly, and does not allow different operators within the team to be progressing while one team member engages his target.

Another successful style I have seen is that only the operator who first identified the target fires until the target is eliminated allowing his team to advance and locate the next target, where again only the operator who ID’s the target fires. This system appears to maintain a more fluid movement within the team unless you have a weak link in your group. If the operator who identified the target has a short ranged weapon and his target happens to be at a distance which is difficult to engage at distance, then he may delay his team in getting to the finish or give up firing at the target if it is likely to cost him more than 5 seconds to eliminate it costing the team again.

Both systems are valid and have proven successful over the years.

Upon arrival, have your team check in and give a team name to the marshal. You will have time to ready your equipment while waiting for your teams name to be called.

Requirements: Your standard AEG’s, pistols, shotguns, and even shower shells are allowed for the DEVILS RUN competition. Eye Protection will be worn during the event.

I look forward to this year’s competition.

Thank you for putting this together. I look forward to helping you run this.

In past years we have had as many as eight teams compete in the Devils Run. I am hoping to see as good of a turn out this year. It has always been a good challenge as well as a lot of fun.

We are ready to do it again this year! On Saturday, April 25th! Get your 3-man teams together and we'll see you at 0900!