The Forces: This year we will have SIX independent RECON teams each consisting of four men each. There are requirements for teams and operators.

To Register: Each team must have a four-man RECON team to register. Register by e-mail using a team name which will be your team’s handle. All operators on your team must have matching uniforms including a cover. It is your team's choice as to what camo pattern and color. Each operator must have a particular MOS (Military Occupational Specialties) decided by the operators registering. Each team must have one operator assigned to each of the following specialties: Team Leader, RTO (Radio/Telephone Operator), Land Navigation Specialist, and Combat Engineer (Demolitions). Cost: $25 per operator.

RECON Teams must register as a complete team.  Register by sending your team information to: reconregistration@diamondcorps.com.  After confirmed registration, your team will receive an email with further instructions.

Example of registration for RECON Team:

Hunter/Killer Team (affectionately known as HK’s): HK Teams have six or more operators. (HK Registration is not open at this time).

AO Location: This event is always held at a different location so that previous attending operators do not have an advantage in either layout or terrain.

The 2018 RECON Challenge will be held on a private field in North San Juan near Grass Valley/Nevada City.

*Due to limited options for parking at this location, carpooling is highly recommended.

This event has been posted with the understanding that interested operators need time to arrange their busy schedules. This event will NOT be canceled due to weather.

Operators may arrive on site no earlier than 1400 hrs.

Intro and Safety briefing at 1545.

Equipping your RECON Team: Ultimately your team must work together to complete its objectives. Win or lose, you will do it together.  Every team member is recommended to carry: watch, pencil/pen, flashlight, gloves, compass, electrical tape, zip ties, paracord, screwdriver, cutting tools, etc.  If in doubt it is better to have it and not need it, than to need it and not have it.

Team Leader: As leader, it is your job to ensure the safety of your team.  This operator will be responsible for presenting OPCOM with the teams DZ (Drop Zone) for mission start. As acting leader, he is responsible for the team briefing and delegation. The operator is responsible for tracking the time and planning the team’s task priority. Team authority may still be shared as equals for all real time effects. The team leader is responsible for keeping his team alive and completing missions. Items issued to the team by OPCOM may be delegated within the team at your discretion.

RTO (Radio/Telephone Operator): Although all operators on the team are required to have radios, the RTO should have a radio with sub-channels and is responsible for answering SITREPs as requested and to communicate with OPCOM during the event. Good communication is vital, and a good RTO is priceless. In addition to SITREPs, the RTO will also be required to deliver an Operational Report to OPCOM at least once during the OP. Communication is his responsibility.

Land Navigation Specialist: This operator will be issued maps by OPCOM which need to be detailed for mission success. He is responsible for assisting the team with navigation, and he should have a compass as well as good night time directional skills. If anyone has it easy, . . . it isn’t this guy.

Combat Engineer (Demolitionist): This operator is required to have the necessary tools and equipment for his position. The list will be posted prior to the OP, and might include: electrical tape, wire cutters, wire strippers, etc. (OPCOM may at the time of briefing also provide items such as: colored wire, connectors, C4, etc.). He is responsible for assembling any devices which the team might need per individual objectives. This description is purposely being kept without detail, but you can imagine what might be lined up for this operator. Pick your best adrenaline junkie.

Team insertion - Drop Zone or DZ: After the MOS briefings, and the team ready meeting, the team leaders will meet with OPCOM and give the grid location on the map where they would like their team inserted. Once all teams have given their request, OPCOM will escort each team to their start location. Teams will never be dropped exactly where they would like, . . . expect some deviation.

Recon Team and Operations: Once started, the teams would have six hours before operation end at 0000 hrs. (By express request this can be extended). The recon teams should have nearly two hours of daylight before darkness to use as they choose. Although it’s easier to maneuver during the day it is at an obviously much higher risk.

Your team will have a list of tasks that are available to complete. The list varies every year dependent on the Area of Operation. Some tasks are more difficult than others, some take more time, and some are multi-stage tasks. Use your briefing time to plan prior to choosing your teams insertion point (DZ), to ensure that you have a plan before your boots hit the ground. Your team will decide what tasks to attempt and in what order, or whether or not even to try some of them.

Example of a Mission Task: Most all cell phones have cameras and the ability to send any picture taken via text message attachment. From your mission sheet, Task number 7 might require your team to take a picture of a ‘device’ located at map grid Delta Six. The image must then be sent to OPCOM for confirmation, via text message by your RTO. Your navigator informs you that Delta Six is located in a field not far from your position. Remember it is likely to be dark while your team moves into position. Seeing the lights of an approaching HK patrol, your team disappears into the nearby brush and lets it pass. Waiting until the patrol is safely out of sight, your team moves on toward grid Delta 6 down a narrow path. As you approach the open field you hear another force approaching, but they are unaware of your presence. Do you let them pass, or set for ambush? You’re a RECON Team, this is your job, and the night has just begun.

Dog Tags: Each operator will be issued a ‘Dog Tag’ this specific event which are individually numbered for each operator. These Dog Tags can be taken from the operator who is “DEAD” as described above in respawn. Once taken, the Dog Tag cannot be recovered, and the Tag becomes the property of the operator who collected it. Hunter/Killer Teams will always try to collect Dog Tags from Recon Teams. Recon Teams may also attempt to collect Dog Tags from HK Teams or other Recon Teams.  All Dog Tags will need to be returned to OPCOM at the end of the event.

Does your team have what it takes? 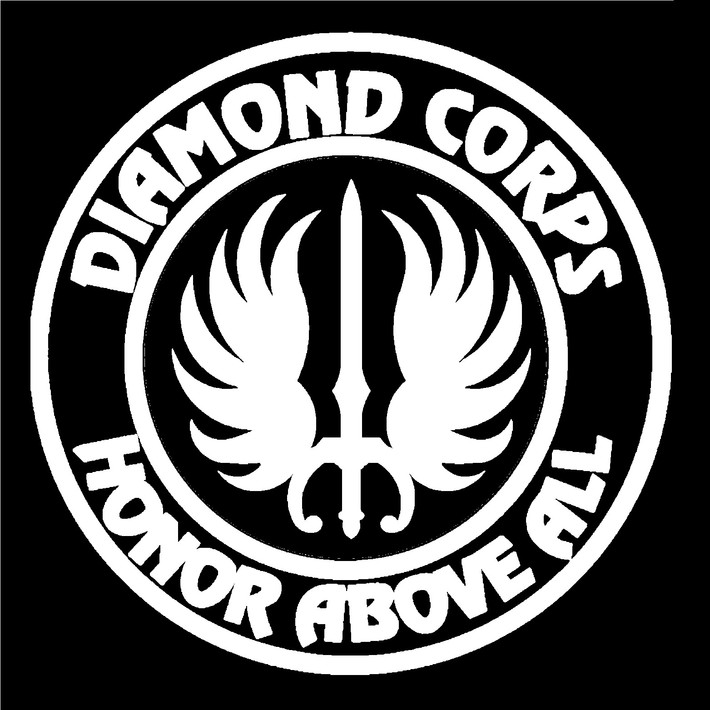 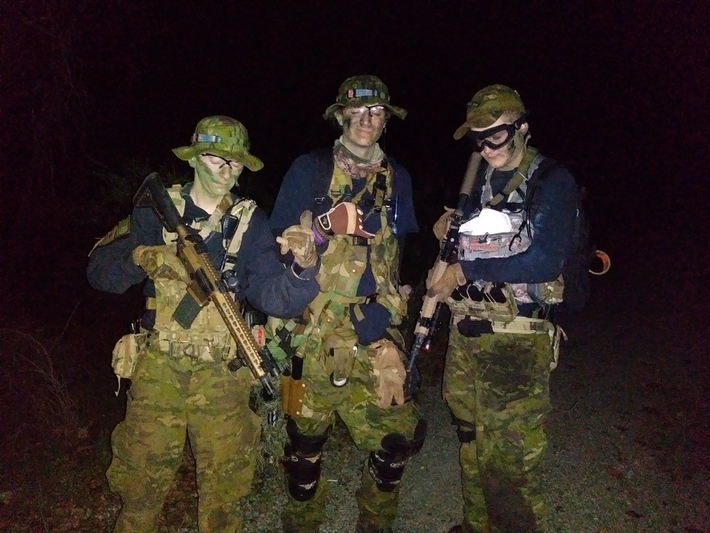 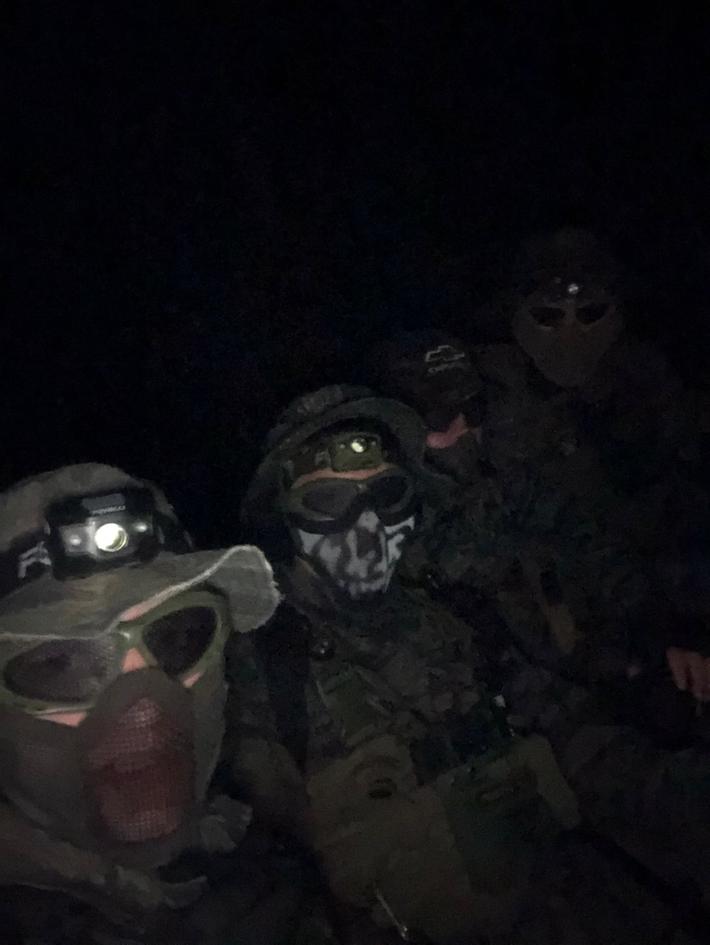