On Saturday, April 25th we will host our Regional Shooters Competition! You can compete in all of the competitions we have been running since 2006, and all in one day. After you check-in, sign-up for our Pistol Competition, the Marksman Series, and you and two buddies can compete in the three man Devils Run! This year we will also have our first ever Three-Gun Competition!

Each operator will be provided with lunch and Mil-Sim Airsoft at its best on our custom field in Browns Valley! 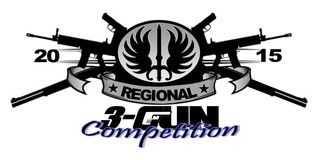 One of the fastest growing shooting sports in the country right now is the action-packed multi-gun competition commonly known as "3-gun."

Win is by Points or Timed: Timed event with time added for targets missed.

Skill and Strategies: Scenario based target and settings. Target acquisition, and conservation of ammunition. Smooth reloads for some weapons.

Come show you have what it takes to enter the Marksman Series!

Whether you consider yourself a Designated Marksman, Sniper, or Sharpshooter come test your focus, precision, and accuracy at our marksman event. This challenge will have shooters firing from standing, kneeling and prone positions while attempting to hit fifteen targets set at a variety of ranges. The operator who accurately hits each target in the set amount of time is the victor!

Bring your bolt action rifle and your focus and see if you are have what it takes! If you don't have your own rifle that doesn’t mean you can't compete. We will have a rifle on site you can use for the competition!

Win is by Points or Timed: Most targets in fastest Time. 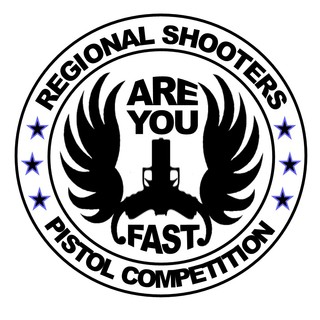 Since 2006 we have been running our pistol competition which has drawn operators from Reno and the Bay Area. It has even received international coverage when it appeared on Arnie’s Airsoft in the UK after being publicized by Dr.Airsoft and his airsoft website! It has always been one of the favorite competitions we run for both the participants and the spectators. This year we will be hosting it again, with a few changes. We will now be using IPSC training targets to make it a little more realistic and will be changing the layout of each stage to give it a little more excitement than the previous pistol competitions.

As always, it is one of the best practical pistol matches using different courses to simulate combat or self-defense situations. Each stage provides a certain scenario for using your pistol which will be unlike any you've shot before. Be prepared for some curve balls on this one, we have been coming up with some awesome ideas that we think you all will enjoy!

Win is by Points or Timed: Fastest Time.

Average number of Targets: 5-10 per course.

Skill and Strategies: A quick smooth draw with accuracy. Ranges vary, and may be up to thirty feet or Regulation Standard. 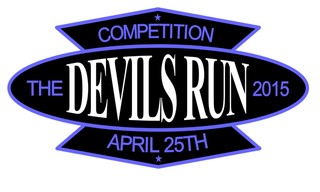 Another favorite since 2006 has been our Devils Run competition where teams of three operators are timed as they move down the course as a group acquiring and shooting targets at various ranges. Team movement, communication and aim are critical. Each of the targets has a small 4” square knock-out which must be shot-out. The team which completes the course in the shortest time is not always the winner, because each target that your team fails to locate, or does not shoot-out adds five seconds to your overall time.

Full-Auto is allowed in this event, and Eye-protection must be worn.

Win is by Points or Timed: Fastest Time with Penalties for Missed Targets.

Skill and Strategies: Movement on a road clearing near and distant targets. Target acquisition, speed, and communication are important.

Over the years I have seen a couple of different approaches used by successful teams. I include them here so that your team might be better prepared to compete in this year’s event.

In both systems each operator calls out targets to their team as soon as the targets are identified.

In the first method all operators of the team conduct fire at each target as soon as it is identified, and continue to fire until the target is eliminated. The team then moves to the next target. This style ensures that short ranged operators on your team are not delayed by having to ‘range in’ on distant targets. However, it does spend the team’s ammunition more quickly, and does not allow different operators within the team to be progressing while one team member engages his target.

Another successful style I have seen is that only the operator who first identified the target fires until the target is eliminated allowing his team to advance and locate the next target, where again only the operator who ID’s the target fires. This system appears to maintain a more fluid movement within the team unless you have a weak link in your group. If the operator who identified the target has a short ranged weapon and his target happens to be at a distance which he finds difficult to engage, then he may delay his team getting to the finish. Both systems are valid and have proven successful over the years.

To sign up for the Devils Run competition, go to check-in and give a ‘TEAM NAME’ to the marshals. You will have time to ready your equipment while waiting for your team name to be called.

All AEG’s, pistols, shotguns, and even shower shells are allowed in the Devils Run competition. Remember eye protection must be worn for this event.

We'll see you on the field!

Lunch will be provided to all those who attend. Lunch will be grilled hamburgers with all the fixings, chips and a soda. As always we have water on request, and restrooms on site.

Check-in opens at 8am and competitions and missions on the field will be run until 4pm!

Field donation is $20 per operator.

Who else is excited about this! Make sure you come out to this event and show off your mad gunning skills.  Who is going to come out and participate? How many of you have participated in the events in the past? Who has done the airsoft 3 gun? Oh, wait, none of you have! Even more of a reason to come out and give it a try.

Who can beat a day filled with shooting, food, and prizes for only $20!!!

Permalink Reply by Tank on March 24, 2015 at 3:32pm
I'm stoke I can't wait to see what people bring to this competition

Thanks for all the promotion and support from JF Airsoft in Grass Valley!